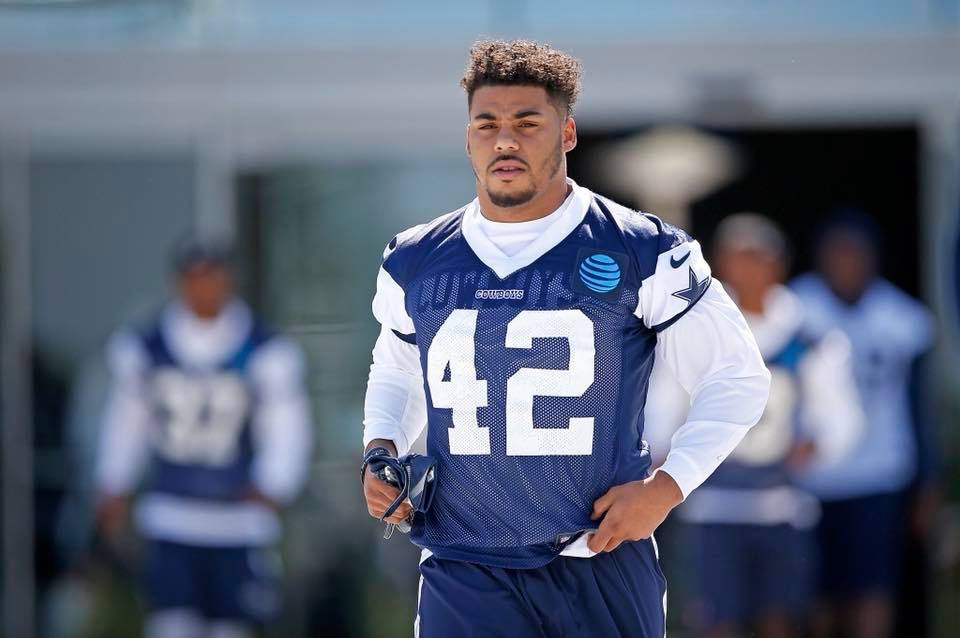 I know I’m a great linebacker and I refused to be outworked by anyone.

What is your name?

What is your Height/Weight?

What is your position?

Where do you play college football?

Where are you from?

Who is your role model, and why?

My role model is my parents. They are everything I want to be as a parent and an adult. My dad works hard every day and night without complaining about taking care of the family. He just gives a 100 percent in everything he does no matter how small or large the task is. Along with my mom who makes sure she is my biggest supporter. I give my Dad credit for a lot of my success because he instilled a work ethic in me that pushes me to be better in football and life.

Who was your favorite teacher?

My favorite teacher would be my High school math teacher Mr. Barber. He was very straight forward, always gave you the truth no matter if it was horrible or great news and I respected and admired that about him.

Did you play any other sports growing up?

I wrestled all throughout middle and high school. I started it to help me in football but became pretty good at it. I finished top 12 my junior year of high school and placed 4th in the state my senior year with over 100 career wins and ranking first on my high school’s most wins list. I also played baseball for a short amount of time.

Who was the toughest player you ever faced?

Corey Clements, he was a physical runner.

Who is the most underrated player on your team?

Jeff Steeb because he comes to practice every day ready to work. He’s a great player that isn’t highly acknowledged but should be because he’s a leader on the field and an excellent player.

What is the one song that would fire you up before the biggest game of your life?

If you could compare your play to one player in the NFL who would it be and why?

What was the biggest obstacle in your life you had to overcome, and how did you overcome it?

I would say being overlooked throughout my life but mainly the recruiting process.  I was offered late by Villanova, but it didn’t matter to me where I stood on the list coming in because I knew all I needed was the chance. After being offered, I proved to the coaches and everyone else who didn’t offer me that I should have been the number one on everyone’s list. I overcame it by just being me. I know I’m a great linebacker and I refused to be outworked by anyone. I came in the first summer workout determined to win at everything, along with the first day of camp flying around and when it came to one on one hitting drills going up with no one but the returning starters and leaders of the teams. I let the lack of respect be my motivation, and it made the team and me better in a way I’m happy it happened.

Do you have any pre-game rituals?

Yea, I usually like to get away from everyone to get grounded. I turn on some softer music gospel usually, and I text my mom I love her before every game because she’s my inspiration.

What was the most memorable play of your collegiate career?

The most memorable play would have to be a forced fumble vs. Liberty freshman year on kickoff because it was a pretty tight game and that was a momentum change that we needed.

What is the coolest thing you ever did off the field for someone else?

That would be donating cleats and gloves to kids from high schools that can’t afford them. Its a great feeling seeing people cherish things that you so easily take for granted and get to use the gifts to do something you both enjoy.

Who was your favorite NFL team growing up?

If you could have dinner with three people dead or alive, who would you choose?