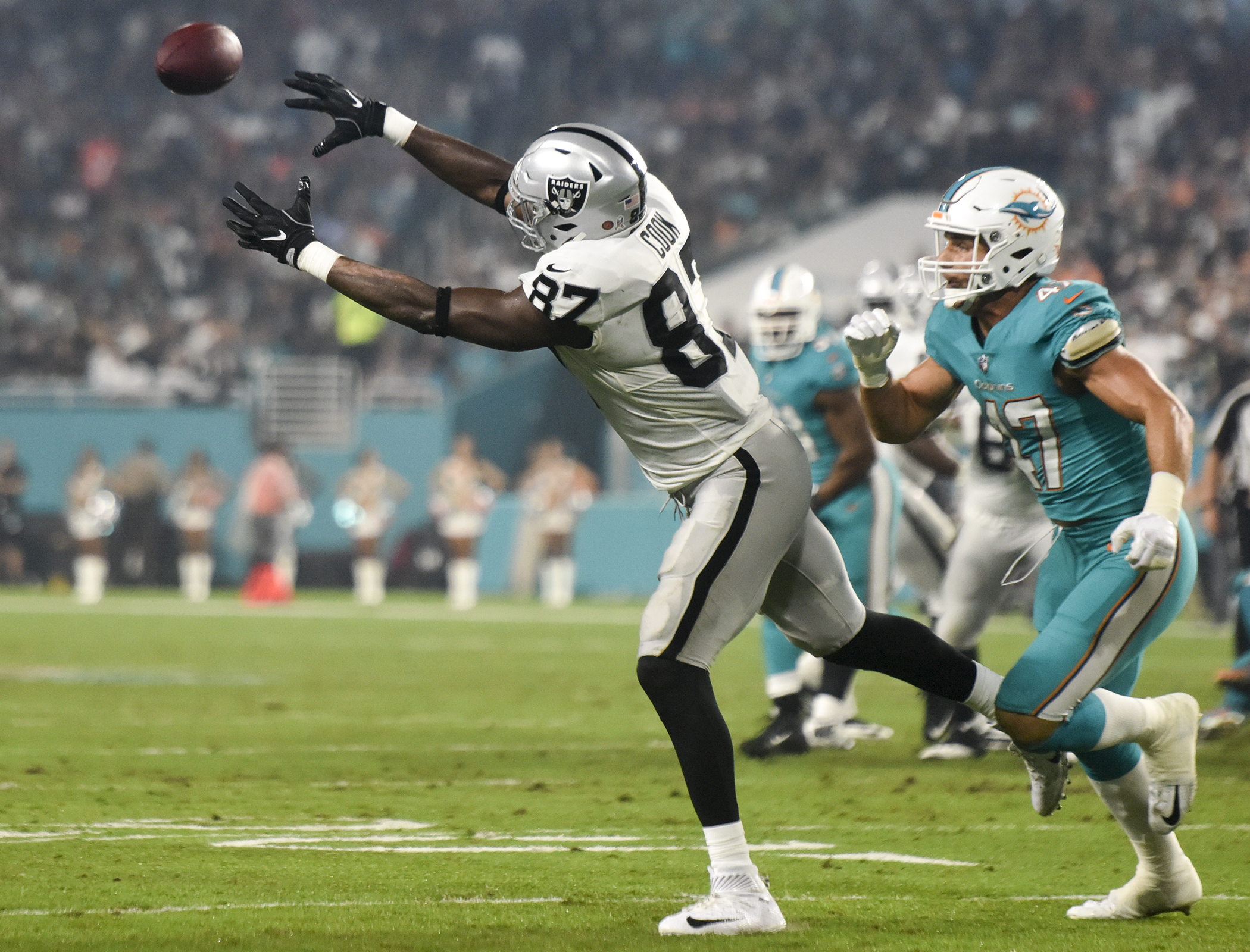 The Oakland Raiders entered the 2017 season with high hopes, and rightfully so given a 12-4 campaign in 2016.

The wheels, however, came off as the Raiders struggled with consistency the past season, which included two four-game losing streaks en route to a 6-10 finish.

Nevertheless, the air of optimism has returned to the Raiders, and tight end Jared Cook attributes the feeling of a turnaround to Jon Gruden, who replaced Jack Del Rio.

Cook’s perspective offers intrigue when considering the 2017 season was his first with the Raiders and Del Rio, but the tight end isn’t alone in rallying behind Gruden.

Quarterback Derek Carr praised Gruden’s energy and the coach’s message to the team to forget what happened the previous season.

“He said to hit the reset button,” Carr said, “and then we have hopefully 10-plus years to, ‘Let’s just ride and figure this thing out, grow every year and do this thing.’ When a coach comes in and does that for everybody, not just me but for everybody, that weight is lifted off. It’s like, ‘OK, that’s done. Whatever that was [in 2017], let’s just move forward. Let’s just have fun together and work hard.'”

Throughout the offseason, the Raiders made numerous personnel changes to the roster, including bringing in established veterans such as wide receiver Jordy Nelson and linebacker Derrick Johnson.

But the team’s key to success in what should be a wide-open AFC West falls on Gruden’s sales pitch to the players.

While there remains plenty of time before the regular season kicks off in September, the Raiders have clearly bought what Gruden is selling.